My goodness, the holidays are fast approaching!!  Thank you for taking time out of this busy season to come visit with this week's guest, author Hunter Jones.  Hunter is in the midst of a collaborative romance series - but I'll let her tell you all about that.  First, a brief self-introduction ...


The art form I create when writing is much more interesting than anything you will ever know or learn about me. However, since you ask, I have lived in Tennessee and Georgia my entire life, except for one “lost summer” spent in Los Angeles. I was always a complex kid. My first published stories were for a local underground rock publication in Nashville. Since then, I have published articles on music, fashion, art, travel and history.

Hunter, please tell us about your journey in writing.  What made you decide to try to be published?

Oh, I’ve always written something, as far back as I can remember. Most of my published works have been articles on bands or music events, an occasional travel or art column for a newspaper or magazine—that type of writing. Then, a year and a half ago, I ruptured my Achilles tendon. In a split second my entire life changed. The injury led to two painful surgeries. I was bedridden until six months ago. During that process, I decided to try self-publishing. The writing gave me a creative outlet, it still does. The title of my blog, Exile on Peachtree Street, came from a conversation with a friend who asked me what it was like to be a recluse in Midtown Atlanta.

I was fortunate enough to meet Dean Walker of ExpatsPost.com via social media networking. He and MZ, the organizers of Expats Post, have given me a music/entertainment blog which has enabled me to meet, virtually, some of the top rising stars of music and theatre.

My debut novella was written during this phase. It was going to be a short story, became a 40,000 word novel, which I slashed to a 16,000 word novella two days before it was published. So, there you have it. I became a self-published indie writer to keep from being bored and depressed.

I can read upside down. 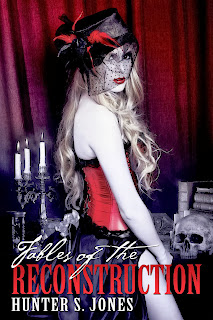 Do you remember what it was like, the feeling you had when you learned your first book “Fables of the Reconstruction” was out there in the world?  Tell us about that book and the experience.

Well, Fables was not what I expected my first book to be, that’s for sure! It was initially written as a short story for an anthology. My concept was rejected, which was okay because The Story wanted to be told at that point. So the research began for the rest of the book.

I love the entire book process—how the characters “find” you, the creative aspect is my favorite. I hate edits, but they have to be done, don’t they? Choosing a cover is also great fun. That’s my visual guide for the entire story—whatever book it is. When Fables launched, I had no idea what to expect. It was all very surreal. When people bought it, I was absolutely amazed that in such a golden age of publishing, people actually wanted to read something I created. I’m so thankful for that—as thankful then as I am now.

Your latest release is “September Ends”, can you tell us a bit about it? 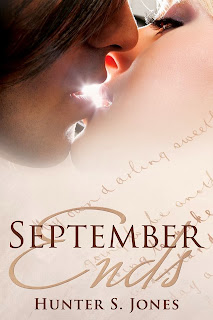 October 2013 sees the launch of a novel collaboration, SEPTEMBER ENDS, a contemporary romance with erotic and supernatural elements bound by poetry. This novel is written in collaboration with an anonymous English poet. It reveals the intricate web of passion and desire which entangles Liz Snow, Pete Hendrix and Jack O. Savage. The story is told through Liz Snow’s diary, Jack O. Savage’s poetry, and from letters sent across the Atlantic. Traveling throughout the lushness of a summertime in Tennessee and Georgia, September Ends journeys into the elegance of London’s West End and is finally settled in the countryside of Cornwall, England, a decade later. September Ends is a story of sin, redemption and salvation through love because love happens when we least expect it.

“September Ends” is your first foray into publishing a book for print.  How was that experience?

Thank you for asking. The paperback journey is much more detailed than I ever expected. 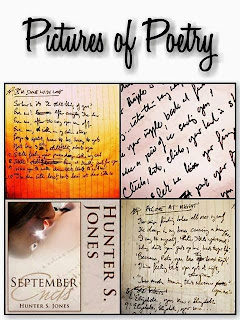 In January or February, the anonymous poet and I will reconnect to start working on the next September Story, Book 2 in the September Ends saga. In the meantime, I am attempting to write a Happily Ever After short story, which is a real stretch for me. Maybe I’ll publish something bizarre and Fablesque.

Pierre von Minzle is just crazy and I love him! Jack O. Savage is such a beautiful character, too. The Fairy Godmother in my Happily Ever After is really unexpected, so stay tuned.

Are you sure you want me to answer this?

The one thing you cannot overlook is the outpouring of support from other writers, authors, cover designers, editors, and bloggers. It is the most amazing part of this journey.

It’s obvious from your blog that you are a huge music fan.  Do you have some favorites to listen to while you are writing?

Great question Aaron. All the wires get crossed when I listen to music when writing. The listening has to come before or after the writing process.


Hunter, thanks so much for spending time with us.  Can you let us know where to follow you, and where we can go to purchase your work? 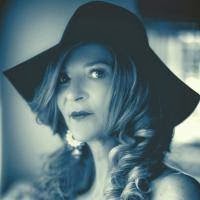