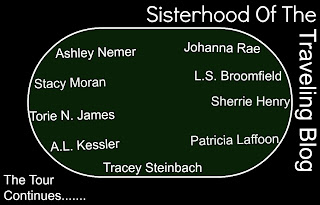 Without further ado, I'd like to introduce you to Stacy Moran, fellow author ... check out her character Tanerk Rau from the upcoming "Blood Myth" series ...
Introducing Tanerk Rau- Blood Myth Series by Stacy Moran
One of my favorite characters in my upcoming series Blood Myth is Tanerk Rau. He is not your stereotypical “bad guy” the usual guy you hate in a series. He is nothing like those soft-edged villains. No, Tanerk is absolutely someone you would not want to meet on the street at night, hell or any time of day.
Tanerk is an evil warlock who killed his own father to obtain leadership in the Rau Coven. Malevolent, Tanerk is sadistic with his rituals, breeding, and sacrifices. The self-proclaimed king of the Rau has an agenda and a one track mind, create more Rau and wipe out the Misr Witches.
Creating and writing for Tanerk is both fun and frustrating. He doesn’t care about anyone and is purely evil. So making him likeable enough that readers will want to keep him around was a challenge. The difficulty comes from the fact that, the further you take him into bad/scary/evil, the less likely the reader is to identify with him. If no one can relate to him, it’s harder to make the Tanerk or any evil character sympathetic or likeable.
The less than pleasant character isn’t always an easy one to sell but they have an enormous amount of creativity. More research went into writing for Tanerk than any of my other characters. He is not bound by social acceptance his methods are different. But that difference is why I love Tanerk. His path is not mapped out or bound by rules making him extremely dangerous and exciting.

The Creation of the Rau Warlocks

The Rau were created by Angra in the year 1000 A.D. The god of darkness and evil created the Rau because of his wife Baset. The two thrived on playing games and competing with one another. Baset believed all Angra’s descendants birthed from her would be stronger than anything Angra could create.

According to an ancient prophecy, the Rau are a line of evil warlocks destined to destroy the Misr and eventually gain the power to take over the world, handing it to their creator Angra.

The Rau Warlocks are known for their sacrificing of women after force breeding them in attempts to create more male Rau to help fulfill the prophecy. They are also known for their ability to morph into demonic forms, enhancing their powers dramatically.

Tanerk Rau the self-proclaimed King of the all that is evil in the world has his own goals. He is determined to create heirs from the Misr women. The power from the joining of a Rau and a Misr is believed to be enough to destroy world.

“She is a bit tied up right now but you will see her soon, my pet.” Tanerk smirked and started to move closer. He lifted his head taking in a deep breath.

“My son hasn’t fucked you yet.” He lifted his hand to touch her skin.

“Don’t.” It was a sharp command even though she did not move.

The room filled with dark malevolent power. Tanerk’s hand gripped her neck, lifting her from the ground as he squeezed tight around her throat. “Don’t?” He smiled revealing perfect white teeth before he leaned into her ear. “I love taking it the hard way.”  His tongue licked the sensitive place behind her ear.

“Are you a screamer like your sister?” He hissed in her ear.

Sorina knew he wanted to play with her, torment her. “Fuck you.” She spat out.

Tanerk chuckled. “Oh I will fuck you, beauty.” One hand he used to tightened his grip around her throat. His talon like nails bit into her flesh. His other hand skirted beneath her dress. Tanerk’s large hand cupped her full right breast before fingertips found her nipple. He plucked the hard nub. “Are you wet, witch?” His sharp nails ripped into the material at the same moment the door burst open.

We were unleashed to rein evil, everywhere we go hell is left in our wake. We were awakened to bring evil, chaos, and take over the world. Death follows with no mercy, bloody and brutally. A creation with evil flowing through our veins, we care about nothing. Except for the blood we shed… We are stronger the death for death it is our minion. 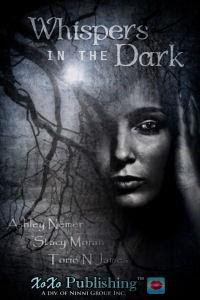 The rest of the Sisterhood is:

Click the links to visit their blogs!
Posted by Aaron Speca at 3:00 AM