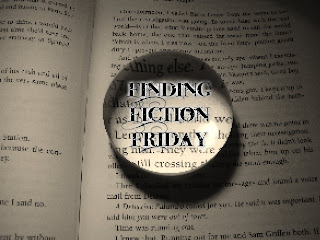 For today's edition of "Finding Fiction Friday", I'm very pleased to introduce the Celtic author goddess, Erin O'Quinn.  I hope you enjoy learning about her like I have over the past few weeks.  First, a brief bio ...

Erin O’Quinn is my pen name, chosen to reflect my deep interest in the culture, language, folklore and environment of Ireland—especially the Éire of St. Patrick, ca. 433 AD. I earned a BA (English) and MA (Comp. Lit.) from the Univ. of So. California. From there, I became first a teacher and then a newspaper promotion/marketing wiz.  Tiring of the life of academe, I found myself selling Volvos and Saabs to the military in the woods in Germany (tagging after my new USAF husband), and later even a pallet-hauler and gardening guru, among other interesting vocations. We live in the drought-parched Hill Country of central Texas with four cats and two Mac computers. And we’re happy!

Erin, how did you get started writing, and what did it feel like when you learned that your first story had been accepted for publication?

I started by writing on the walls.

Let me back up here and say that I was reared in a cabin in the woods, literally, 50 miles from a small town in Nevada. Our walls were no more than layers of cardboard put up for insulation . . . a veritable endless blackboard for a fairly bright young girl with a pen, pencil, crayons and an imagination.

But I digress. I began to write seriously only about three years ago, despite a strong university education. Having been away from computers for ten years, I had no clue about e-books. So I sent three or four MSS to literally hundreds of lit agents. Of course, I was met by a stone wall. When one of those MSS was finally accepted (by an e-publisher), I remember being stunned into mute astonishment for a few days.  What iced the cake is that I had finally wrapped all three of my MSS into a trilogy. And the publisher, Siren Bookstrand, accepted all three! 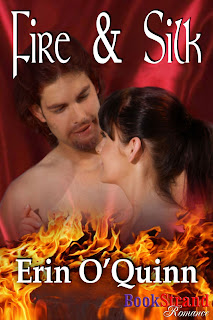 I already mentioned that I came to the world of writing after being totally removed from computers for ten years. I found a marvelous entity out there I never dreamed of—a webscape that encompasses the entire known universe, as far as we earthlings know, in the form of e-publishing. I wrote a dedication in my book Fire & Silk to my long-deceased parents, noting that the book was a permanent headstone, a tribute that would live forever because it was virtual and could never really disappear.

We will never again have to suffer book burnings! Even people in countries like China can learn more than their societies allow, as long as they can jerry-rig a cellphone. No matter the content or the worthiness, every e-book or other electronic communication is here forever. For good or not.

Other factors have surprised and annoyed me. Like the growth of certain companies that seem to seek the role of Big Brother to both independent writers and published authors. Like the phenomenon of “spamming” that forces me to purge my mailbox of literally thousands of emails every week. But one thing that both astonishes me and pleases me is the blog sites—like this very one of yours—that serve as communication tools for that same universe. All of us can become instantly published and say whatever we want to say, by  virtue of our blogs. That is both rewarding and frightening . . . a whole ‘nother subject.

Irish and Celtic history obviously has a very special place in your heart and your writing.  Tell us a little about that.

You open a can of worms. My darling husband, a voracious reader of fantasy, looked up one day from his book and mused that he’d never run across St. Patrick in fantasy literature. After doing a little poking around, I learned that no romance writers had entered that realm either. Were they afraid people might think they were blaspheming? Or perhaps proselytizing?

Let me cut to the chase. I ended up writing four fantasy historicals with Bil under our real names, all about a teen heroine who started in Britannia and then made her way to Ireland at a time when the Roman legions were deserting the country, leaving it open to barbarian invasions. Then I began to stretch my heroine’s life into the realm of romance.

Not only did Caylith grow up—a lot—but she made some very interesting friends and enemies too. Those other characters made it into other books, even two M/M novels. Even though right now I’m writing about more modern times, I have most definitely not quenched my thirst for those rowdy times in fifth-century Ireland. Druids, cattle barons, Saxon mercenaries . . .  The list goes on. Quite a fertile ground for an author.

As the Supreme Court considers the question of same-sex marriage, public opinion seems to be swinging in favor of legally allowing it.  A major author recently released a book in their very popular series featuring a male-male lead couple.  You yourself have written several male-male romances.  Do you think we are seeing some sort of sea change in literature, art, and society?

I don’t know, Aaron, but by God I hope so. Your blog is neither a soapbox nor a pulpit, so I’ll temper my comments to say just this:  Love crosses all boundaries of race, of religious belief, and of gender. We as an American society are slowly rising from ignorance to tolerance. The artistic part of our lives—and here I include the art of writing—has overcome the ignorance and is already beginning to stretch those boundaries. Good on us. May we stretch it ever farther, until (as a reviewer recently said of one of my books), “love concurs all.” [sic]

What do you find challenging about writing these types of romances?

Obviously, as a woman, it’s a challenge to get into the head of a man. Um, both figuratively and literally. But the more I do  it, I swear, the more I seem somehow to share the thoughts and sensations of my opposite sex. Perhaps, as Jung and others have claimed, all men have an anima (female spirit), and all women have an animus (male spirit), opposite sides of their nature that are inborn and always seek release. 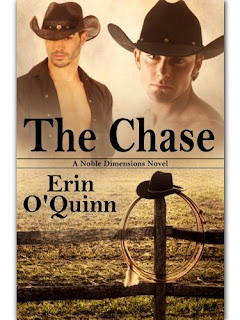 Your latest work was "The Chase", which along with "Noble, Nevada" has a more contemporary setting than the others you’ve written about old Ireland.  What speaks to you about this new setting and these characters?

I was raised on the side of the highest peak in Nevada, almost at the tree line. When we finally moved to town, it was to a tiny burg fifty miles from that mountain, nestled in a canyon in the high desert. The pundits say, “Write what you know.” And so that is what I did (or tried to do) with those two books.

I share the small-town ethos. I understand the people. The rugged environment courses through my veins. And so I hope I’ve been able to share even a little of that perspective with readers. The characters just “happen “ to be homoerotic pairs. I could have written about male/female relationships too. In fact, there is a novel that my muse keeps trying to kick-start in my brain . . .  about the father of one of my characters and his finding of a new life and a new love years after the death of his wife. When that novel is born, it will be even more of a nostalgic look back at my origins, because the father has lived a complex life even if he’s “just” a simple rancher.

Oh, yes. I’ll preface my answer by saying that I have a new novel “out there,” ready to be published May 5th by Amber Quill Press, called Heart to Hart . . . about the shenanigans of two private investigators in a fantasy Ireland city in the 1920s. I’m so taken with my characters—a horny, roustabout Irishman and a fastidious, surly man whose flat-mate has been murdered—that I started the sequel as soon as I wrote “The End.” Like the first one, it’s a comedy-romance-mystery whose setting is the cusp of the steampunk era, just when gaslight was being supplanted by electricity, and horses by motor cars. Great fun!

My family will never read these words, nor any of my books. Some are from sturdy Mormon stock, and others just shun the genres I write in. No matter. I love ‘em all, and I’m kind of glad that I don’t have to cover my arse or be ashamed of what I write to people who may have a tendency to judge me. Or not.

Because I know you from some of the circles and groups you are in, I know how important it is to you to provide help and advice to other authors.  Was there a certain mentor or mentors that you had getting started?  What drives this particular fire in you?

No writing mentor, Aaron. At least not one who taught me how to write complete sentences.  *winks*

But I was a teacher for years—a college teacher of literature, composition and rhetoric, and a poetry maven who gave workshops to seniors and others. So the part of me that longs to teach and help others is very strong. I have to laugh now, because when I wrote my trilogy of ancient Ireland romances, I found myself “teaching” readers how to say a lot of things in  Gaelic . . . including some pretty rude and crude “talk dirty in the bedroom” kinds of expressions. I even included a glossary with my books, which of course the publisher (after laughing her ass off) refused to add.

Is there any single piece of advice you would give someone who is thinking about getting into writing for publication?

If we assume this person is already an accomplished writer, the problem is not the writing, but the publication and the winning of a readership. So the advice I’d give is: DO NOT DO IT THE WAY I DID. Learn about the publishing world, especially the electronic one. And then do your homework further by learning how to promote what you’ve written.

I wish I’d known about the e-book world before I spent hundreds of hours sending fruitless queries/synopses/blurbs to countless lit agents. And looking back, I wish I’d started my own blog site right away.

To close the interview, I have ten questions for you, plus one.  (Yes, this set goes to eleven.)  Here they go!
Erin O’Quinn, thanks so much for spending time with us.  Can you let us know where to follow you, and where we can go to purchase your work? 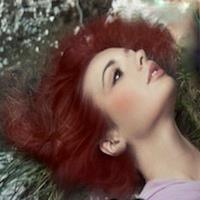