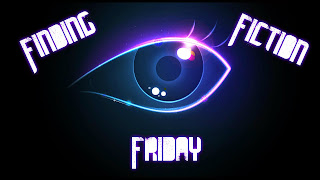 In today's second weekly installment of "Finding Fiction Friday", I'm pleased to get the chance to chat with a fellow "Evernight Volume 2" author, Rory Ni Coileain, who is poised for big things I do truly believe.  We talked about her story in Evernight and her "Soulshares" series ... first a little about Rory ...


Rory Ni Coileain has been: a legal secretary, a paralegal, a modern dancer, a lawyer, a wife, a cabaret singer, a telemarketer, a temp placement agent, administrative assistant to the CEO of a children’s publisher, a flamenco dancer. Rory Ni Coileain is: an author, a legal editor, a mother, an Irish dancer, single, a redhead by choice, an Irish singer, and laughably inept with computers for someone who works with them in both her job and her vocation.

So Rory, how did you get started writing, and what did it feel like when you learned that your first story had been accepted for publication?

Well, in one sense, I can just barely remember a time in my life when I wasn’t writing. My mom says she still has my first story around, somewhere – I think I was six when I wrote it. About a suitcase who decided it was tired of having things packed in it, and ran away from home, but finally discovered that it was okay to enjoy being what it was made to be even if it hadn’t been given a choice in the matter originally. I majored in creative writing in college, but never really did anything with the degree until a few years ago, when I found Facebook role-play writing, and started toying with the idea that maybe I was some kind of writer, after all. Then I saw a call for short stories for a BBW anthology. It wasn’t a subgenre I’d ever had any ideas in, but I decided to challenge myself with it – to see if I could write a story totally to someone else’s specifications. (I think I had some idea that that was what a ‘real’ writer did, or at least that it was one of the things a ‘real’ writer could do.) And when I got the e-mail saying it had been accepted, about eight months after I submitted it (the project fell through the cracks for a while at the publisher) to say I was utterly shocked would be a serious understatement.

Back in the good old days, when I was writing just for my own enjoyment, I wrote longhand, on the narrowest lined paper I could find. And I wrote anywhere. Absolutely anywhere. When I first started on the Soulshares, I was convinced that I still had to write longhand, at least for a first draft – that I couldn’t compose at the computer. I think that lasted about half an hour. These days it’s at my desk, looking out the window into the back yard. Which is at present still way too deep in snow. And I’m usually trying to keep the cat from walking across my laptop. I can’t have music on while I’m trying to write – my other passion is singing, which means I usually end up listening to the music instead of writing.

What about being published and the book industry in general has most surprised you?  And do you see anything changing in the industry?

*chuckles* When I started in the industry, you still submitted manuscripts in boxes. BIG boxes. I suppose that’s the most obvious change. But I also worked for a while for a children’s publisher, back in the mid-90s, and I have to say I’m surprised at the apparent change in the dynamic between publishers and authors between then and now. Maybe it’s not all that surprising, since it’s similar in a lot of ways to what happened to the music industry when iTunes became the principal method of music distribution. The major record labels still sign acts, but for the vast majority of musicians, getting the music out there has become very much a Do It Yourself endeavor. And that’s what I see happening in publishing, just a few years behind that curve. When I worked in publishing, it was the author’s job to write, and the publisher’s job to market. Obviously, that’s very different now. I find myself doing, or more often finding people to help me do, things I never would have dreamed would have been part of being an author 30 years ago.

You seem to have a large following in the role play writing community.  Has that community influenced your writing at all?

It’s the reason I’m writing again, after 30 years of not doing anything with my degree. One problem with being a “regular” writer, back in the days before social media, was that you hardly ever got to hear from people who read what you were writing – it was like shooting into the dark, with no way to know if you ever hit anything. When I started RP writing, I heard from readers almost from day one, telling me how much they enjoyed my writing, what it meant to them. And that’s what got me started thinking of myself as a real writer, and gave me the courage to make that first submission.

Let’s talk about your story “Serpentine” in the “Evernight Volume 2” anthology.  I loved this story, especially the way you chose to tell it.  What was your inspiration for writing it?

There are two writers I love, who have very different writing styles and subject matter, and they came together in my head and created “Serpentine” – Tanith Lee and Jane Yolen. Tanith Lee writes what I think of as dark fantasy, or what used to be called adult fantasy before “adult” became another way of saying “explicitly erotic.” And Jane Yolen wrote a brilliant trilogy years ago, “Sister Light, Sister Dark,” in which she told the story in three different ways: the truth of what happened, the legend the truth becomes, and the myth the legend becomes. All bookended with some hysterical snarky commentary from a clueless “modern-day” academic. In “Serpentine,” I was trying for the mythic feel, in a story that could be a legend, told as a true story, in the kind of beautiful dark world Tanith Lee creates. 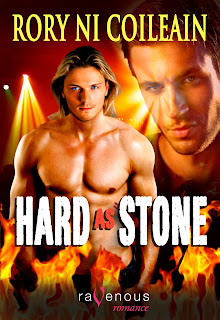 On to your “Soulshares” series.  This series focuses on the world of the Fae.  What drew you to write about this particular world?

Once again we find ourselves back in the RP world. *chuckles* I’d never role-play written M/M before, but a dear friend who loved my M/F writing asked me to try. So I came up with a Fae character who I thought would be a one-shot – at the time, almost two years ago, I couldn’t imagine writing more M/M than that. And a Fae seemed ideal – flighty, ephemeral, impossible to hold. But I’m kind of retentive, and as far as I was concerned, even a one-off character needed a back-story, a world he came from, so the Realm was born, and the elemental connections of the Fae. And once I had the world made up, and I discovered how much I love to write M/M, and found exactly the right people to write it with, it just grew. 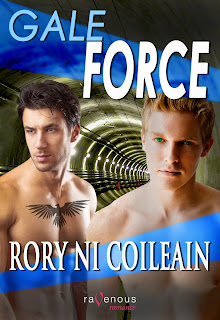 The second and most recent book in the series, “Gale Force”, focuses on Conall Dary and Josh LaFontaine.  What can you tell us about these two characters?

Conall is kind of a freak of nature, in his own world. Over two thousand years ago, before the great battle the Fae call the Sundering, which separated the Fae Realm from the human world, there were immensely powerful mages among the Fae, known as the Loremasters. As far as any Fae now living know, all the Loremasters died in the Sundering. Conall is the most powerful mage to be born since that time, and for all anyone knows, he might be even more powerful than the Loremasters were. But when he channels the kind of power he’s capable of channeling, he sucks magick out of the substance of everything around him – basically killing things around him. So he doesn’t channel much at all. And when a Fae, any Fae, is sexually aroused, he or she tends to channel. Which basically means that Conall’s been celibate his whole life. Josh, however, is going to change that, rather dramatically. *winks* Josh is a tattoo artist, with a real gift for doing beautiful ink, and an amazing body that he uses as a canvas for some of his best work. He used to live and work in Greenwich Village, until about five years ago, when his boyfriend broke up with him and he found out about a tattoo and piercing parlor for sale in Washington, D.C., right over Purgatory, which is the nightclub where quite a bit of Hard as Stone is set. The name of the parlor is Raging Art-On (pauses for groans). When we first meet Josh, he’s back in Greenwich Village, walking in the New York City Pride march (Greenwich Village is one of my favorite places on earth, I had to include it in the books), and Conall literally appears at his feet, out of nowhere. He’s a very protective sort, and Conall is not used to being protected.

I’m just finishing up the third book in the Soulshares series – the working title has been “Deep Waters,” but I suspect that’s going to change. The fourth book, “Firestorm,” I’ve been writing in my head for the last two years. I’m working on a novella set in the same world, but which has nothing to do with the Fae, and my publisher has also said that she would like more of the Soulshares after book four. So I’m going to be busy for a while. Oh, and I still have a race of lion shapeshifters and a race of cloud-dwellers in the back of my mind. I need to win the lottery so I can write full-time, I think…

Rory, thanks so much for spending time with us.  Can you let us know where to follow you, and where we can go to purchase your work?

My official page on Facebook is at https://www.facebook.com/Soulshares?bookmark_t=page (you can also friend me on my profile page, I’m fairly chatty *winks*); I’m on Twitter as RoryNi, and my blog is at http://rorynicoileain.wordpress.com/. I also have presences on Tumblr and Pinterest, but the former is mostly just to look for inspiring pictures, and the latter is a product of one too many celebratory glasses of champagne at some point in the past. Hard as Stone and Gale Force are both available on Amazon, Barnes & Noble, All Romance eBooks, and the Ravenous Romance Web site, and “Serpentine” is part of XOXO Publishing’s Evernight 2 anthology, which is available on Amazon. 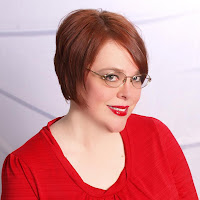