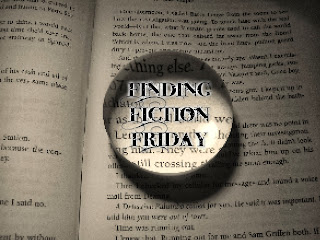 Paranormal/Fantasy author Brandice Snowden is here to spend some time with us!  Winner of the Nano-Virtuosos 2013 Competition, her first book, Demon's Veil, is out on Amazon.  Before you check it out, let's get to know her a little better ...

Brandice Snowden grew up around storytellers.  Tall tales, family curses, ghosts and goblins, stories of unending love (message her about it sometime, it’s an interesting story).  Soon even the numerous stories surrounding her weren’t enough.  So she started creating her own. She has been an artist, teacher, military wife, mother and now novelist.  She spends her free time indulging in her fantastical side, learning first hand skills her characters use in her books.  She has a passion for history and mythology and uses much of what she has learned to create new worlds. Brandice currently resides on the Texas/Oklahoma border with the love of her life and her children, of both two legged and four legged variety.

Brandice, welcome, talk to us a bit about your journey in writing.  What made you decide to write and eventually try to publish?

I have always created in one form or another entire life.  I spent much of that creative energy telling stories.  Mostly it was short stories until one night I had a nightmare that just wouldn’t leave me; so I wrote it down.  My friends and family kept telling me that the story would make a great novel and I should write it.  I decided to give NaNoWriMo a try last November and that short story became the start of my novel.
The publishing came into play in the form of a contest, which I won.  I realized through that experience that this was what I had been missing.  Despite the hardship of finding time and the difficulties of the publishing process, I wanted and needed to continue writing.

I actually know how to use a sword.  Through the Society for Creative Anachronism, I have been taught the art of a rapier.

Do you remember what it was like, the feeling you had when you learned your first book was out there in the world?

I do.  It was a rush and at times it felt like I was watching someone else accomplish this and not me.

The first book of your “Veil Prophecy” series is out, “Demon’s Veil”.  Please tell us a bit about the concept of this series and how it came about.

I love mythology and I always wondered what the world might be like if myth was real and the majority of the world just didn’t know it.  The biggest issue was, how could such amazing beings stay hidden for so long.  That is why I came up with the idea of the Earth being a dimensional nexus between many different worlds and their being barriers or “veils” over the portals of these worlds.  We know that the veils open sometimes, otherwise we wouldn’t have the legends we do; and the series basically follows a group that has to protect our world as these veils open.

Did you find it a challenge combining something from a world we know (special ops) with the paranormal?

Not really…coming from a military family I have heard a lot of crazy stories about what they have experienced in battle.  You would be surprised how many soldiers already have a strong belief in the paranormal in real life.  So it wasn’t really a crazy leap to combine the two.

It’s not in this series, but I have a shape shifting dragon named Ladon that I am currently writing that I think a lot of people would love.  He’s a great mix of tough warrior and sarcastic softy at heart.

What do you have coming up next in the sequel?

In the sequel we meet death himself, also known as Mort.  We get a clearer picture of who Mr. Raziel is and what his agenda is as well.

Well I have already told you about my shape shifting dragon, but I have a few more things I am working on as well.  I have an epic fantasy based on the legends of King Arthur but set in a post-apocalyptic future where magic is reawakening into our world.  I have also been jotting down notes for a story involving alien werewolves.

I would have to say how many different paths to publishing there actually are.  I have also learned that in the beginning you may think you want one path until you are actually walking it.  The whole thing is a learning process and you have to find the niche that fits you best as an author.

Mostly being a mom; but I make sure that I keep my life balanced.  My hobbies include the sword fighting as previously mentioned; but I also paint, sing, go on fossil hunts with the family, and I just recently started belly dancing classes.

Brandice, thanks so much for spending time with us.  Can you let us know where to follow you, and where we can go to purchase your work?

I can be found on Amazon. 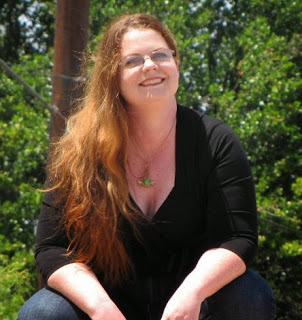 More news will be coming soon.  Keep up with our books past, present, and future on our Book Page.
Posted by Aaron Speca at 3:00 AM