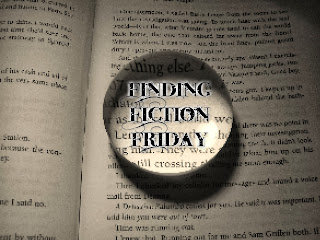 William Vaughn spent the first couple of decades of his life as an Army brat. He learned German in Kindergarten, Spanish in elementary school and Thai in High School. He flew helicopters in Viet Nam and fixed-wing planes in Texas. He got his start in the computer industry in the 70’s and retired from the technical side in 2010. He still keeps his hand in with periodic webinars. He’s been writing the whole time and over the years, he got a dozen books published by several mainstream publishers—they translated many of these books into a half-dozen languages. He started writing fiction about five years ago. He also loves taking pictures (especially scenery and wide vistas) and visiting Alaska. 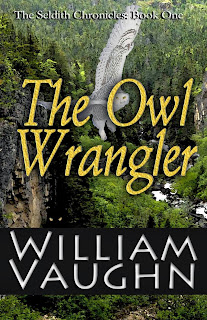 William, welcome, talk to us a bit about your journey in writing.  What made you decide to write and eventually try to publish a fantasy series?

I’ve always been a story teller. There was never an event in my life that couldn’t stand a bit of embellishment. When I got back from Vietnam, I wrote quite a bit about the experience but set it aside—for about thirty years. I took up technical writing as a career at Microsoft but got extremely frustrated with the ‘politically correct’ police and began writing my own tongue-in-cheek versions of the documentation. While initially self-published (in the early 90’s) Microsoft Press, Apress and Addison-Wesley took notice and got me hooked. My books were wildly popular mainly because while technically top-notch, they were also funny in a geeky sort of way. I call this my ‘technical fiction’ days. After a while, I wanted to write something that would have a shelf life longer than a carton of eggs and something my grandkids would appreciate, so I began work on The Owl Wrangler—the first book in my series—The Seldith Chronicles.

Well, I’ve never been to an NFL game. But seriously, I’m an open book. Those that know me are rarely surprised at the directions I take in my writing, my daily life or the fact that I sing bass in the choir.

Do you remember what it was like, the feeling you had when you learned your first fiction book was out there in the world?

It was amazing. It wasn’t like the joy of holding my first (screaming) daughter, but close. At last, I had something to leave behind.

Your fantasy series is called “The Seldith Chronicles”.  Please tell us a bit about the concept of this series and how it came about. 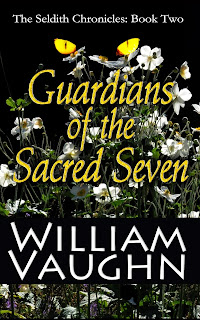 I’ve always had a very vivid imagination. When I watch any movie or read a book or visit an old castle in Europe I often think well ahead of the plot, trying to open old doors and imagining what life was like behind the scenes. When I read Harry Potter, I imagined the life of the lab rats and critters that Harry and his classmates experimented on. I saw them in a locker room under Hogwarts chatting about their day. A rat walks in with three tails and bemoans that George didn’t get the spell right again. I even wrote a few scenes but soon learned that ‘fan fiction’ is not where I wanted to go—I was too creative for that approach. I started over, but wondered how the owls in Harry Potter knew how to deliver mail. I decided that they must be ‘awakened’ (so they can speak and understand) and the story took off from there. Before long, I had over 250,000 words and the story wasn’t anywhere near ending. I took some classes at the University of Washington and did some considerable trimming. The result was The Owl Wrangler. 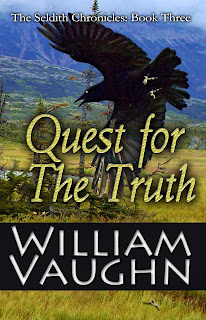 In Quest for The Truth, one of my favorite characters is Feesa. She’s a faerie whose family is forced into exile and must hide among the Seldith elves. Unfortunately, many fundamentalist Seldith hate and abhor faeries so she and her family must hide their identity.

What do you have coming up next?  Is it a sequel or something new?

I’m planning to take a short break and shift gears. I’ll be doing more marketing than writing but this should include some short stories. Yes, there is a Volume 4 as there are several story lines left hanging. Because the book is really a political allegory, the current situations generates many story ideas.

Well, there are four groups of Seldith now in the storyline. Each of these can lead the reader into new places. I’m thinking of having children discover and interact with the Seldith and help them discover technology. I’ve also started an entirely new post-apocalyptic novel but the storyline in Gravity gave away the initial scenes (where satellites are knocked out of orbit and the world has to deal with the lack of electronic gadgets and banking.) Perhaps I can integrate both into the same story. I have some experience with helicopter flying, electronics and computer programming which might be useful for some story lines.

I’ve taken both routes. My first Hitchhiker’s Guide to VBSQL’ was self-published in 1992—long before anyone was doing this on their own. Microsoft Press picked me up after a few years and mainstream publishers have produced and marketed nine of my technical books since then. You could say that I know quite a bit about this (IMHO dying) industry. It seems these giant brick, mortar firms are mostly interested in working with established authors— ones with a guaranteed ROI—and who would blame them? It’s a tough business with retailers dropping like plague victims. While I’m world-famous as a technical writer, this adds very little to my credentials as a fiction writer. Yes, I’ve sent my query letters and even had several publishers show interest, but none of them have panned out. What are my plans? I intend to keep writing. I’m learning the best ways to use social media, I’m visiting all of the local independent bookstores and trying to project a ‘likeable’ public image. After all, readers buy the author. Getting them to pay for the first book is the trick.

What do you feel is the best thing, for you, in self-publishing your work?

It gives me something to do. It’s intellectually stimulating, challenging and does not involve a lot of bloodshed. I can teach, mentor and help others along the way which is also very gratifying. If I can say that I helped some seriously good writer get over a technical issue that stopped her from getting her book done, then I’ve done some good. I’m also learning a lot about the tools. At this point I would say my Photoshop skills are pretty good and I’m still learning.

We do quite a bit of cruising and travelling. This gives me an opportunity to take some really spectacular pictures—many of which I use for my book covers and illustrations. I also give a series of webinars, broadcast from my home office. These are fun and again, keep my mind sharp.

William, thanks so much for spending time with us.  Can you let us know where to follow you, and where we can go to purchase your work?
http://theowlwrangler.com
http://williamvaughn.blogspot.com/
http://facebook.com/owlwrangler
https://twitter.com/VaughnWilliam
http://www.amazon.com/s/ref=nb_sb_ss_c_0_14?url=search-alias%3Dstripbooks&field-keywords=william%20vaughn&sprefix=william+vaughn%2Caps%2C250#/ref=nb_sb_noss?url=search-alias%3Dstripbooks&field-keywords=seldith&rh=n%3A283155%2Ck%3Aseldith

(Or simply search for ‘Seldith’ on Amazon.)

My books are currently stocked at McDonald’s Book Exchange in Redmond, WA and at JJ Books in Bothell, WA.