Sisterhood of the Traveling Blog – Day One


I walked in slowly and looked around quickly before whispering to the air.  "Hi, Patricia here, and I'm taking over Aaron's blog to bring you some of my friends from the Sisterhood ... the Sisterhood of the Traveling Blog that is.  For the next four weeks, every Wednesday, I'll be introducing you to one of my author friends, and you can visit the other blogs of the Sisterhood to keep up with all nine of us.  Today, I'm introducing Johanna Rae, who is going to talk about inspirations for the setting of her book, The Mercenary. In a little bit, I'll be posting an interview with her as well.  I hope you enjoy it!"  I looked around again ... "He could really use a woman's touch around here ..." 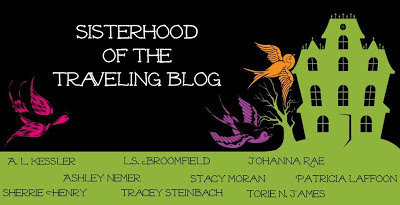 Locational Inspirations of a Kiwi Writer

Johanna Rae
Most people are inspired by things that they see. Something as simple as the joy on a child’s face as they swing at the playground, or the deep gut wrenching sorrow of an elderly person alone and abandoned on a park bench on a cold winter’s day. Others are inspired by the other senses; the feel of smooth silk beneath their fingertips may inspire an indulgent night of heated passion with a naughty lover.  The sound of music can tug at our hearts, bringing forth a flood of nostalgia and long forgotten memories. Even smells can have a powerful effect. For example, the spicy scent of a stranger’s cologne could bring forth the promise of an unrequited love years since past. Wonderful breakfast smells of bacon, egg and mushroom could take you back to a moment in your childhood - family bonding over the breakfast table at Grandmother’s house.
Speaking from my own perspective, any inspiration comes from the five senses. Any time my memories are recaptured in a second setting or when I see something that speaks to my heart, I feel inspired. I am both an artist and a writer so I am not always inspired to record in words, sometimes I feel the need to get out the sketchpad or the acrylics.
I have had many stories come to mind from a singular tiny moment but today I will speak about some of my earliest inspirations for my novel The Mercenary. I grew up in and around a small beach community in the Bay of Plenty, New Zealand. This is a region lush with natural wonders and picturesque beauty. On my doorstep I had beautiful beaches, mountains, lakes and a huge expanse of native forest. I was fortunate enough to have parents who took full advantage of that, exposing us to as much as they were able.
I was sitting at the river mouth of the Whakatane Heads one day, looking out at the fresh water crashing against the ferocity of the incoming tide and my mind started to wander.  I began to wonder how many other families would count this spot as a piece of their childhood. I gazed up to the rugged cliffs above, wild native flora and fauna atop their pohutukawa clad sides. I began to imagine back in time when the Maori tribes lived up there, and the forest was their home.  My imagination kicked into over drive as the past collided with the present, and my love for the paranormal started creeping in.
I began to wonder what it would be like if there were a multitude of residents in this small community who held a secret as big as having a second form. How easy would that be to hide from the human population? Would they require their own laws in order to co-exist?
After this day I began to see inspiration everywhere. Not just in the township of Whakatane, but in other areas of the beautiful Bay of Plenty. Parts of Rotorua’s geothermal wonderland and forestry, and parts of the coastal city of Tauranga also served to inspire. I would get hit with entire scene possibilities from a single vantage point. I knew I had to write something that was based in this area, but I decided to go one step further.
I couldn’t choose which part of the Bay of Plenty I wished to use, there were so many viable options, so many wonderful features I wanted to include. So I decided bring them all together within the fictional community of Redcliffe. Some of the geography of Redcliffe is reminiscent of Whakatane, with its river harbour and tall cliffs looming over it. In December, those cliffs turn red as all the pohutukawa trees burst into bloom, dubbing them New Zealand’s Christmas tree. I decided to make that my focus. I pulled in a number of other geographical features from neighboring communities and towns and invented a few of my own. Though I have called upon actual places in a huge capacity, Redcliffe is still essentially a unique place.
I’ve found that the locations of many of my stories are derived this way. I either create the location entirely from scratch in my own mind or I combine conceptual ideas from places I love. I very rarely base anything on a real city/town, even if real places are mentioned throughout the story. I like to think that gives it a fantastical and faraway touch, allowing the reader to feel as if they are going somewhere new and exciting but I will let you draw your own conclusion on that.

If you would like to check out my Author page on Facebook you can find it with the following link:
http://www.facebook.com/johannamrae 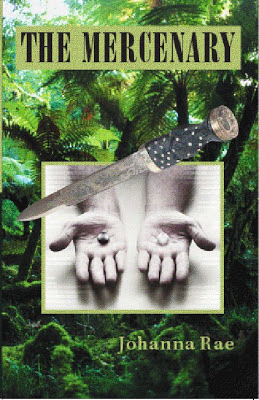 So you can make sure to catch them the entire Sisterhood on their various blogs and pages, here are where you will find all the posts during their month-long tour:

Tracey Steinbach
http://traceysteinbachmichael.webs.com/apps/blog/
Posted by Aaron Speca at 1:00 AM