We Think We Can Write! Do You?

Some of you know that I’ve been part of a role play writing group for well over two years now, and how being part of that great group awakened a writing bug that I never knew I had.  Well, it’s time to tell the story of my part in a “little” story that is finally ready to be shared.

Way back in April 2011, a member of that group, Dawn Treadway, approached me and asked me to read a few chapters of a book she had been working on.  The title of that work was Dark Dreams, and it related the story of a member of a race of daemons who had escaped from a hell-like realm with a pledge to protect humanity from the races that remained there.  It is a paranormal adventure romance involving him and a human woman with some unusual abilities of her own.

The story was terrific, with really deep, well-developed characters, and I found a few editorial issues and moved some things around just a bit and sent the chapters back to her.  Then she shocked me by asking if I wanted to be the official editor of that novel.

I was floored.  I had never done anything like that before, and I told her so.  At that point, Patricia and I hadn’t even been published yet.  But she insisted.  “You are the one I want to do it,” was basically what she said.  So a few days later I received the entire manuscript.  I asked her what kind of editing she wanted, and she basically wanted me to give her any changes I thought might make the story better, as well as any copy editing, and then she would decide how to incorporate them.

Of course, I have a full-time job, so the going was slow.  I fed her each chapter as I went, and over the course of the next few months, polished the product.  Over the course of those months, I had some suggestions for story points, dialog, etc.  Between the two of us, we worked out how we both thought the story would go, and it got to the point where she offered me a co-authorship.

That story was finally finished a few weeks ago, after adding a prologue and epilogue and setting the book up as the first in a potential series, Children of Sheol.  So now, we have a full-length novel.  What to do?

Along became my other writing partner Patricia Laffoon.  She had found out about a Harlequin writing contest, So You Think You Can Write?  Patricia and I didn’t have anything ready for it, but she knew Dawn and I did.  So, she said, “You should go for it.”

So a few e-mails and a phone call later, Dawn and I decided to submit it.  And now, the posts are up, and our first chapter is available to read!

Let me be clear, this is Dawn’s baby.  I feel incredibly privileged that she allowed me to be as big a part of it as I am.  Sheol and its related realms are her world.  And I think you would really enjoy them.

Here’s what I ask.  If you like paranormal romance, I would invite you to read our first chapter and pitch at the link below.  If you like it, I’d ask you to give us at least one vote (starting October 2nd).  If you like it enough, you can actually vote every day from October 2nd  thru the 11th.  Or you can poke around on the site and find lots of other romance stories that you might like.  You are allowed to vote for one entry per day, and it can be the same one or different ones.

The technology today is amazing.  Dawn and I met in person exactly once, since she lives 3000 miles from me.  Yet we were able to work together for over a year to produce a novel, and submit it electronically for this contest. Patricia and I have never met face to face, yet we were able to write a story that was good enough to produce two publishable shorts.

I hope you enjoy Chapter 1 of Dark Dreams, and if you follow me, you just might see a couple more excerpts from the novel that might make you love it even more! 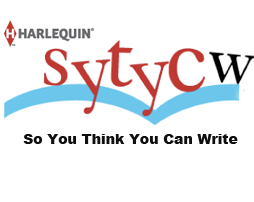