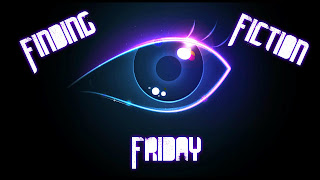 Every so often here on Finding Fiction Friday, we hope we might be able to snag someone before they become "someone", before even being discovered and published.  This is one of those times.  I've known this writer for almost two years now, and her energy and creativity is something to see when she gets going.  She's completed her first compilation and is looking to get it published now.  Cora Misra is here for you to discover for the first time!  So please let's give her a warm welcome.  First, her own intro ...

Well, hello to everyone and thanks for being here. I am Cora Misra and I am not very good at writing bios. So, bear with me and I only hope you can enjoy the ride. After graduating high school, I decided that I was better off on my own and flew 800 miles away from my life to move in with a man I’d never met before. I was lucky enough to come back home with nothing more than a broken heart. I decided then that it was time for a change. I spent the next year living with friends and family before settling down and finishing my first novel. Now, here we are, two years later.

Cora, how did you get started writing, and what made you decide to take a shot at getting a story published?

I started writing back in high school but was never able to finish a story. I had an issue with being able to end my stories. I didn’t want to put the story in a position to where a sequel was required but I wanted to allow for one. My highly indecisiveness always thwarted my writing attempts. However, after settling into a stable life, I decided to start up a short story compilation that I had been thinking of for several years.

As for publishing, I have wanted to be a writer for a long time; ever since I read my first romance novel. However, I am not very good at writing romances because I end up very distracted by my characters and they wind up getting odd tics. Tics that don’t fit well in romance novels…anyhow, I look up to the authors that first drew me into reading adamantly; E.A. Poe, Jude Devereaux, Suzanne Barclay and Deborah Simmons and so many more. I wanted my writing to be known and loved the way I knew and loved their books.

Ha! That is a trick question! I can write almost anywhere but I guess, if I had a choice, it would be on my back porch with a glass of cool iced tea, spiked with a little coconut rum. No shoes and Pandora playing in the background.

I spent my high school days known as Kitty. I wore cat ears to school and even had a pair of leopard print pants that made an occasional appearance within the halls of my high school.

So tell us about the book you’ve written.  What’s it about?

The book I have written is called Mythology: The Unknown Compilation and it focuses on several gods, goddesses and other being from mythology that many people don’t know much about. I have taken the stories and legends about these beings and written up my own version of how things “went down”, so to speak.

Which of these obscure gods or goddesses did you find the most interesting to write about?  If you can even pick.

It is indeed hard to choose but I think my personal favorite is the story of a Greek dream goddess turned evil and then back again. Her name is Nadyah and she is actually a role play character given to me by a close friend. Nadyah’s back story had yet to be conceived when I got a hold of her and the story that I gave her was too good to pass up.

Nadyah is the daughter of the goddess Mnemosyne, who was the Titan of Memory, and Phobetor, the God of Nightmares. Their only daughter, she lived her life as an Oneroi, a dream god who can feel no emotion except for pain. Until one fateful night, she was caught in the web of sexual desire. Heady and addicting, desire drove her to become an erastis skoti; that is a sex demon that absorbs the emotions of their victims whom they attack within their dreams.

Do you have any other works in progress or even just ideas bouncing around in your head?

I am also working on a compilation of short stories about dragons and the many legends that surround them.

I know this might be a tough thing for you to talk about, but I understand you recently had a negative experience with a supposed publisher.  Can you talk a little bit about what happened to you as a hopeful author, and maybe even provide some advice to others who might be in your situation?

I was almost tricked into submitting my work to a publisher that was not real. They were a website based company that talked a good talk but was unable to walk the walk. The number one sign I had was them asking me for money up front. As soon as I read that, I was out and once I looked further into them, they disappeared.

My advice to anyone out there looking to get published, is to do your research and make sure to copyright your work before you submit it to anyone.

To close the interview, I have ten questions for you, plus one.  (I loved watching “Inside the Actor’s Studio”.)  Here they go!


Cora, thanks so much for spending time with us.  We will really be looking for your first book when it gets published and future work from you!