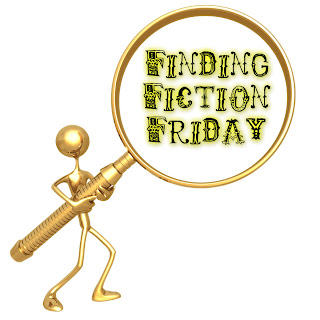 This Friday, I am very pleased to introduce another of our co-authors in the "Evernight" anthology, the esteemed Johanna Rae.  Johanna hails from halfway around the world ... here's a little bio before we get to the interview!

A shy girl from a small town in New Zealand that never quite seemed to fit in, Johanna had more imagination than she knew what to do with, and learned to immerse herself in a good book at a very young age. Not good at sports, and an only child for the first eight years of her life, Johanna started concocting stories and dreaming up whole new worlds to while away the hours. After a few years in the fashion industry Johanna got married and had three children. It was then she also began her journey as a published author.

First, let’s get to know you a little better, Johanna.  How did you get started writing, and what made you decide to take a shot at getting a story published in “Evernight Volume 1”?

I’ve always been a writer at heart. I’ve been telling stories my entire life be it by jotting them down in notebooks, sketching comics or through poetry and song. It was always my dream/goal to publish, I just needed to believe in myself enough to make it happen. I had great respect for Allison Cassatta who put together the Evernight collection and when she urged me to submit something for it I took a long hard look at myself. If she thought I could do it, maybe just maybe it was worth taking that risk. I’m still a fairly new author in the scheme of things but I have never looked back since then.

What was your reaction when you heard you were going to be published for the first time?

At first it didn’t seem real, I just couldn’t believe something I’d dreamed about for so long might actually happen. It wasn’t long before I had a whole string of new ideas for future publications.

I’m an eccentric. I have many, many quirks. *Laughs* I like to think that in the writing industry being unique is an advantage… at least that’s what I hope. *Laughs again*

Just getting published was such a big deal for me from small town New Zealand. I’ve come so much further than I ever dreamed I could. I think the awesome feedback from readers. I’ve had some people come to me with such passion for my characters and story that it has become an incredible journey for me. I love the fan interaction on my author page on Facebook.

Ok, well we really want to talk about your book, “The Mercenary”.  This is a big book!  Tell us a little about the relationship among the three main characters, without giving TOO much away!

Their lives are irreversibly connected even before the beginning of the story, they just don’t know it yet. It’s one of those situations where for many reasons both Jodie’s brother and her potential love interest have kept the skeletons in their closets firmly locked away. She has the somewhat difficult job of trying to untangle the complicated web, having no idea just how caught up in it all she is about to become. In some ways Danny is what grounds her and balances her through all her struggles with what her brother Luke is going through. On the other hand, she begins to learn that there is still so much she doesn’t know about Danny either, with more and more surprises coming to light as the story progresses. The true test will be whether the bond developing between Jodie and Danny will be strong enough to survive the rocky path ahead.

If you had to pick one character that you’d most like the readers to get to know, who would it be and why?

After “The Mercenary” I wanted to share more of Rufus’ story with the readers and allow them to get to know him better. He has a much bigger role in book two “The Fury” but even that was not enough to satisfy this character’s voice. Book three will actually be Rufus’ own book.
Will the follow up feature the same characters or different ones, and how far do you see the series going?

I have the ideas for six to eight books already and there is the potential for ten or twelve if the story is still unfinished by then. Jodie will always be the biggest focus and Danny too will always have a voice. They were how the series began and they are the constant. However in future books there are additional voices. In the Fury, there are five voices, Jodie, Danny, Luke, Rufus and Summer. There will be five in book three too – Jodie, Danny and three others.

I’m a busy mother of three and I do volunteer work at the school helping out with writing groups and kids that need extra help with their reading. Much of the time this means that I have more stories bouncing around in my head than I have time to put to page. I have at least four strong ideas that are desperate to get out of my head and into print but there are only so many hours in the day.


Johanna, thanks so much for spending time with us.  Can you let us know where to follow you, and where we can go to purchase your work? 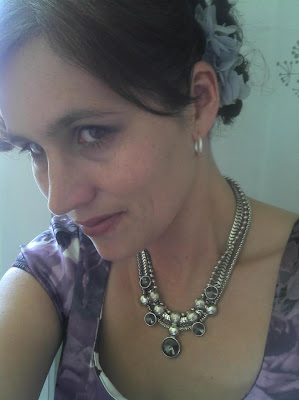