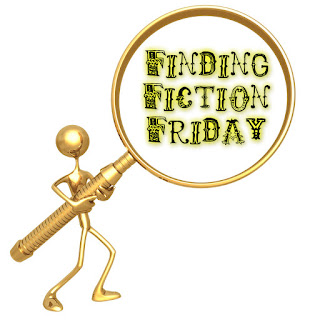 This week on a very special 10th edition of Finding Fiction Friday, I'm very excited to depart from the norm and talk a little nonfiction.  Cynthia MacGregor is a prolific writer, with many books ranging from self-help to parenting to cookbooks and even the occasional novel.  Not only that, but she's really a just plain nice person too, and boy does she keep busy.  Please join me in welcoming Cynthia ... and first a little biographical info ...

Full-time freelance writer/editor Cynthia MacGregor has over 100 published books to her credit, 54 of them conventionally pubbed and the remainder e-books. She loves to write—she even writes for a hobby as well as for a living. Notable in “for-fun” writing are the dozen or so plays she’s written, all but the most recent of which have been produced in at least one venue, although they have not been money-makers for her. Besides writing books, she hires out her writing and editing services and has written everything from web copy to promotional video scripts to speeches to poems to ghostwritten books and blogs to advertisements to…well “everything except grant proposals,” she says. Her editing has encompassed books, magazines, business materials, and more. For nearly two years she produced and hosted a TV show, SOLO PARENTING, on WHDT, a South Florida station, and is hoping that in the future the station will reinstate that show and/or another she has proposed to them. She lives in South Florida with her Significant Other, enjoys cooking, and says, “There is no one in the world I’d want to trade lives with.” 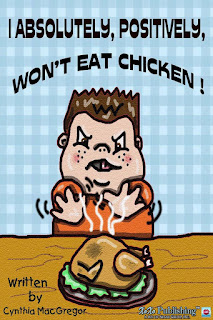 Cynthia, how did you get started writing?

I’ve been writing since I first learned to spell C-A-T. By the time I was nine I’d co-opted my mother’s typewriter and kept it as a permanent fixture in my room. That same year I wrote my first play, which was produced in camp that summer, and I still remember the thrill after the final curtain when some counsellors in the audience called, “Author! Author!”, I came out on stage, and they threw a bouquet of wildflowers up onto the stage to me. At 15 I was doing what today would be called interning—it wasn’t called that then—at the local weekly paper in the community where I grew up (on New York’s Long Island), and I don’t even remember what the first paid article was that I sold. 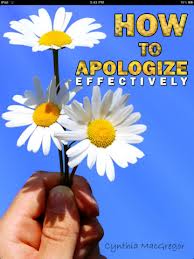 So let’s get started by talking about your books.  You have written over 100 books in many different areas.  But I’d like to know first about your first book, and what it was like when you learned that book was going to be published.  What was it about and what was that experience like?

In 1992 I was editing a panoply of magazines for one publisher, working from home as a freelance editor (independent contractor), and my then-best friend was computer-typesetting the magazines, working with me in my home office. One day she bemoaned the fact that Xmas vacation was approaching and she would be required to keep her two then-young children entertained for two weeks while school was out. This put a thought in my mind—why didn’t the publisher for whom I was editing put out a one-shot magazine filled with activities moms could use to keep their kids occupied? It was too late to get it out in time for Xmas vacation, but we could aim at Easter. I would edit it, of course. I proposed it to the publisher, but ultimately he nixed the idea. I was so taken with it, however, that I determined to write it as a book if I couldn’t edit it as a magazine.

This was before the plethora of activities books that are available nowadays. 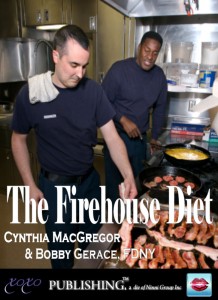 It pubbed in 1993 and was followed by two more activity books for Berkley, three for Citadel, then three serious children’s books that tackle explaining tough topics (WHY DO WE NEED ANOTHER BABY? WHY DO WE HAVE TO MOVE? WHY DO PEOPLE DIE?) for little kids, then my six-book Abduction Prevention Library for young kids, and then LOTS more books for adults (and a few more for kids). 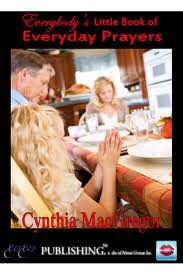 We call this “Finding Fiction Friday” and you have written a few fictional books, but it seems you are very drawn to nonfiction.  How do you go about choosing what you are going to write about next?

I look to see what topic might either fill a need or be particularly interesting to readers.

Is there a big difference between writing fiction and nonfiction, from your experience?

Well, yeah! Fiction requires more imagination; nonfiction requires more organization. Also unless you know your subject pretty well nonfiction is going to require some research, whereas I try to keep my fiction within bounds of what I know without having to research arcane facts. If I were writing novels set in a different time period or country I might have to do research, so as much as possible I stick to familiar settings that I can write right out of my head without needing to look stuff up. But the main difference is that I love writing nonfiction MUCH more than fiction. Which shouldn’t come as a surprise since I love READING nonfiction almost exclusively too. I rarely read novels. 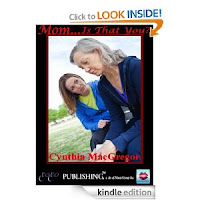 I am gathering information from individuals for another of my books that I don’t so much write as collate people’s stories for and then edit them. I don’t want to say now what it’s about. It’s the same kind of book as my MOM—IS THAT YOU? and LOST LOVES REUNITED where people share their stories on a particular theme—the first one I mentioned is reunions of adoptees with their biological families and the title of the second one is self-explanatory. This book is another case of my soliciting stories from real people on a specific topic, but I do not want to divulge the topic yet.

What does your family think of your writing career?

My family? Well, my daughter has never said one way or the other. I’ve never discussed it with my grandkids except for the oldest one, Justin, who has written a book himself and keeps calling me for advice. My Significant Other is glad I’m following my bliss but thinks I undercharge for the writing I do for clients—not talking about books, now, but the other writing. My late mother was my biggest fan—proud as could be. And that’s my whole family. (My dad died when I was just 14.)

You also have other non-writing efforts that you are or have been active in.  Tell us a bit about those.

Well, there’s editing, there’s the TV show, and I think you’re probably thinking of one or both of those, so that’s what I’ll answer about, although I’m also an ordained minister. I don’t have a church but do lead services for the residents of an assisted living facility on Sundays. And of course I perform the occasional wedding, funeral, house blessing, and such.

The editing? Well, back in the ’70s I was tapped to be theatre editor of a biweekly entertainment publication in NYC, and eventually I was made full editor. Then in ’79 a magazine publisher I was writing for asked me to edit a magazine for her. LOVE GUIDE was a sexual how-to, not porny but helpful, instructive. LOVE GUIDE failed, but the publisher kept me on as a copyeditor for some of her other mags till a rival publisher hired me away to edit a mag for him, and that led to my editing a slew of mags. All this was freelance work done from home—I was telecommuting before that practice even had a name. I haven’t been a salaried employee of anyone since the early ’60s. Although that’s about to change—a new company that I think is gonna be the Next Big Thing hired me over a year ago to edit and do some supervisory work for them when they launch, which hasn’t happened yet—it’s been a long and laborious birth—but when the company launches I’ll be working for them as a salaried worker although they will allow me to work from home. My whole life is going to change when the company—Funn Networks—launches.

As for the TV thing, that started, just like my first book did, with an idea for a magazine, which I pitched to that same publisher. I thought SOLO PARENTING was a great idea—there are so many single parents—mostly divorced but also widowed and never-married—and I wanted to be the founding editor of the mag and have the company I was editing for publish it. I came up with a proposal for it and everything, but to do it right would require a serious investment, and the publisher’s brother, who was his partner at the time, shot the idea down as too risky. Well, I couldn’t take it to just any publisher—they’d swipe the idea and give it to another editor to edit—but I did try two other publishers where I had “ins,” but to no avail. So instead I started a website (now defunct), TheSoloParent, I wrote a book, and ultimately I decided to try to turn the concept into a TV show. I tried what I thought were all the local stations and a number of networks to no avail, and then I learned of a local station I hadn’t even known existed, WHDT, so I pitched the idea to them, and wonder of wonders they said yes. So for nearly two years I produced and hosted SOLO PARENTING, which was broadcast in South Florida, till the station ran into money issues and canceled me. Meanwhile I had ANOTHER idea for ANOTHER TV show, YOUNGER EVERY DAY, which they liked, but they had various not only financial but technical issues. There is STILL a chance that they will move ahead with one or the other or both shows some time in the future, but at the moment I’m off the air.


Cynthia, thanks so much for spending time with us.  Can you let us know where to follow you, and where we can go to purchase your work?

My website is www.cynthiamacgregor.com. You can subscribe to my ezine, EZine Does It, by writing to EZineDoesIt@cynthiamacgregor.com and putting SUBSCRIBE in the subject field. It’s FREE, weekly, eclectic in content, but the “Note from the Publisher” at the beginning of each issue has news of new releases and such. Go to Amazon.com to buy my work (I am NOT the Cynthia MacGregor who wrote the Irish joke book!). Many of my books were published by XoXoPublishing and you can try going to www.xoxopublishing.com but the site’s been down and under repair for a month or so already. 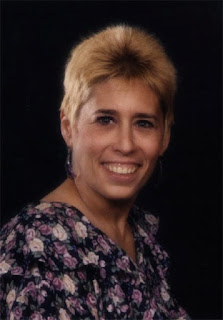