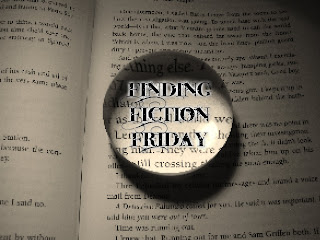 Today I am very excited to have Laura Hawks visiting the blog!  Laura is someone I met online before either of us were published, so this is a special treat.  First, a brief bio from Laura herself...

I have always been interested in writing in some form or other. A few years back, I was involved with and then ran a Star Trek Interactive Writing Group which was successful for a number of years. Yes, I am a trekker and proud of it.
I have directed tours around the country and continue to do so to pay the bills. Maybe one day, I can travel for fun and let the books I write pay the bills instead. I can only hope.
Then a few years back, I got my Master's Degree in Ancient Civilizations, Native American History and United States History.
It was at this time I got involved in role playing on FaceBook, which gave me ample opportunities to grow and hone my writing ability.
Taking the leap forward, I decided to try my hand at writing a novel. That novel came out on October 13, 2012 published by Midnight Hour Publishing Company.

Laura, how did you get started writing?

Outside of what I already mentioned above, I actually went back to school to get some education on Native Americans. I had this idea of telling the Native American History with books. One day, I was doing a tour to Agawa Canyon. It was rainy that day, so most of the people stayed on the train. I walked the trails and had such an overwhelming peacefulness settle on me and I wondered if I could write a piece of fiction that would be paranormal as well as relate some real historical events. I sat down on that train and started writing. I finished that book in three months, but I admit it needs major fixing and editing. I will be working on that as soon as some real life issues settle down and I can concentrate on that.

Being an avid Trekker myself, I’ve got to ask how it was writing your own adventures in the Star Trek universe.

It was a lot of fun. Now you have to understand, we started this pre-facebook and stuff. We had to do it by snail mail once a month before the story could continue and we did not have or were not able to have extreme outlines for anything major other than the general idea, but it was a wonderful writing experience and a great group of friends who were very innovative during a time when it was not quite so easy to be as such.

You are still an avid role player and have been for some time, taking characters that have been started and giving them a depth and personality beyond what we’ve seen from them before.  What from that experience are you able to translate into writing for publication?

Role playing has given me a chance to develop different personalities with the characters. I hope that it has allowed me to improve upon the background depth of those characters in my book, allowing the reader to understand a bit of their thought processes and actions.

All the hidden things you just don’t think of or don’t know about. Just as printing costs, editing costs, artists costs, marketing. It seems each time I think I know something, I find out I am like a babe in the woods... totally lost and need to learn more. 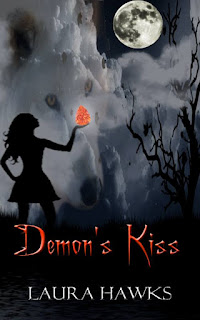 So you’ve got your first publication, the novel “Demon’s Kiss” which came out in October of last year.  Tell us about how this book came to be and what it’s like becoming published for the first time.

The book came from role play. A bit of background I kind of played with for my character for a bit. Then I was asked to write a short story. I used that bit of background as the basis. When the short story was refused, I showed it to another publisher who asked if it could be made into a novel. Since I had a much broader idea for the short story, it seemed easy enough to do. Being told that it was going to be published is uber-exciting and cannot be described in any words. To HOLD the book in my hands, something that I created, is just a bit of nirvana.

You also have a short story published, “Snow White and the Seven Cannibals”, in the anthology “Fairly Freaky Fairytales”.  How did this effort come to be? 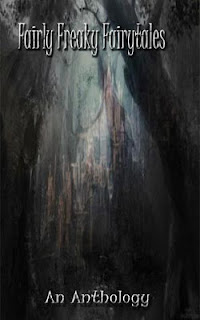 I was asked by a  friend in the publishing company to contribute a short story for the anthology. When I heard what it was about, I just went through fairy tales. The idea just went from there. A side note, the hero, Donnigan, is based off a friend who I am proud to say is joining the Marines and will be a real life hero.

I have a few ideas, I also have a couple of other works in general. The publishing company that published Demon’s Kiss, has accepted the manuscript for the sequel.. Demon’s Dream. I am really excited about what developed with that book. I also have a book I wrote about four years ago, and have had sitting in a drawer. I would like to see that finished and hopefully published. If it does, it will be a series. I have a couple of other ideas, both for the series, as well as an anthology or couple of novellas of stories bouncing around in my head.

You also have another career in the Travel industry.  Can you tell us a little about that?

I take groups of people out on their vacations around North America. I love it for several reasons. One.. it exposes me to several cultures and peoples. I enjoy broadening my horizons. Two.. it gives me a chance to really get to know people. There is so much living history in people’s lives and what they have experienced.. no two can or will ever be the same. Three.... I am afraid I have a bit of gypsy in my soul, I like to be out and about, and traveling allows me to do that. I am not inside looking at four walls, each day is a challenge and fun and something to look forward to. Finally, I get to enjoy places I would never be able to have seen or visited or even experienced if not for this industry.


Laura, thanks so much for spending time with us.  Can you let us know where to follow you, and where we can go to purchase your work? 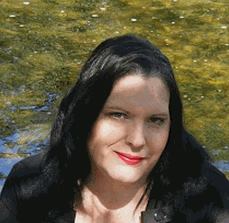