As I've mentioned a couple of times, I've been working on a new paranormal adventure/romance series with Dawn Treadway, and we are nearly through the final revision of the first book in the series, tentatively titled "Dark Dreams".  Dawn is the lead writer on this, and with her permission, I've been given the opportunity to post the first excerpt from this exciting story here!

First a brief background ... Nias H'udor is a member of an immortal race of daemons (the Djinn) from the hell-like realm of Sheol.  Having escaped from the horrors of that world and now sworn to protect humans as much as possible from the horde of Shaitan daemons who are now committed to serving the ruler of that realm, Nias and his family and fellow Djinn have to combat not only the Shaitan, but their own darkness within.  When Nias's younger brother is captured and taken back to Sheol, he is instructed by their patron goddesses to find a specific human and use her and her unique abilities to help him literally go through hell to save him.

Jade Shear is a normal woman, owner of a small business, and just looking for someone who can be her Mr. Right.  Only one problem ... she has a secret, and it's one that makes it almost impossible for her to have a long-lasting normal relationship.  Then a tall, dark, and sexy stranger walks into her bookstore, and just as suddenly disappears.  She dismisses it until she runs into him again the next day, and is suddenly thrust into a world she never thought possible, side by side with one of the most infuriatingly arrogant men she has ever met.

Here is an excerpt from the upcoming novel, from their first encounter.  Enjoy and keep an eye out for news on this pending series. 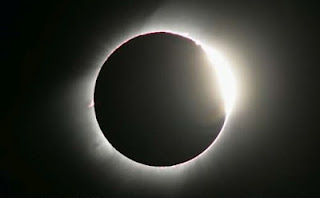