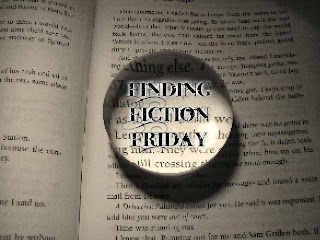 We're back!  At least for now.  Coming off of hiatus, we might not do a Finding Fiction Friday every week, but when a friend asks you to do an interview for a friend of hers, how can one say no?  So I'm very pleased to introduce you to a new author, Anthony Luis Burgos, whose book "Sec4rets" is starting to make some waves on Amazon.  First, a brief bio ...

Anthony Luis Burgos (A. L. Burgos) grew up in the gritty area of Harlem. Always shy, he stuck to himself most of the time until he entered Junior High and his fun-loving personality came out. Anthony loved to make people laugh and help them with their problems. At the age of ten he began to write songs. He discovered that music and writing was his way of escaping some of his issues. Anthony took his writing a step further and began to write stories. One day he decided to write a story for a website and it was a hit with readers. In 2012 Anthony published his first book "Sec4rets" and it was a hit with readers earning him a number 3 spot in the teen drama section on Amazon. Now signed to Ambrosia Arts, Anthony had his book Sec4rets re-released and is hoping to make it a hit again. He is currently focusing on promoting his book and getting into typing Sec4rets 2 and a new mystery thriller.

Anthony, tell us about your journey with this book.  When did you first think about writing for publication and how did it all come about?

The journey I had with this book was one full of excitement.. joy.. and fear. I loved being able to write a book that I felt was needed but at the same time was nervous because I didn't know how people would receive it. Teen dramas have vanished and I feel teens are being deprived of a genre that was my favorite when I was young. I thought about writing for publication in 2011 when I spoke to a friend from high school whom I discovered was a author and has a book published. He gave me advice and that's how that came about.

I am such a karaoke lover. I love to sing and entertain people. This will surprise some but not my close friends and family LOL. 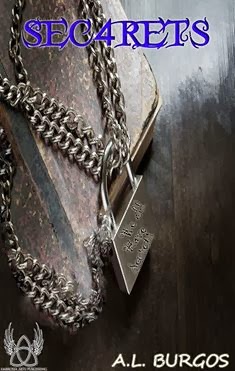 Now let’s get to the book itself.  Tell us about your book “Sec4rets”, and I’m also curious about the significance of the number “4” in the title.
My book Sec4rets is the first in the teen drama series. It revolves around four best friends (which is why I put the "4" in the title) and the issues they face growing up. We all know that high school can be tough and I wanted to tackle that issue cause it's different from when I was in school. Now we have social media to attack each other. In my book they must stick together but they also tend to keep secrets from each other and they slowly start to come out, testing their friendships. So in the end it all comes down to if they will remain best friends or if the secrets are strong enough to tear them apart.

If there is one character you’ve written or are writing that you would really like people to meet, who would it be and why?
I have a character named Henry who started off in my mind as a filler for one of the other characters but then all of a sudden became this character I loved so I made him a important character. I would love people to meet him because to me he is kind-hearted, friendly, and loyal. He has his issues with cutting himself and I feel some people can relate to that because he has gone through so much in his life and cutting is his way of coping. Some of us have our own ways of coping, good or bad.

How has your own life influenced your writing?  And on the converse, did you learn things through the process of writing this book?

I took some stuff from my past and threw it into my book but nothing to serious just fun little scenes. I learned that writing such a book can be emotionally taxing. I will be honest and say that some scenes as I re read them I cried because I personally became so attached to these characters, Henry the most.

How some people can be so cruel and try to crush your dreams. Also the fact that I feel some people won't support you because they do the same thing and rather be "famous" then helping a fellow author. I don't do this for money or fame, I do this so that people can have something to read and relate to.

Is there someone you can point to as being your biggest encouragement in moving forward with this book and writing in general?

My friends, family and boyfriend. They have all supported me and pushed me to do this. I use to write for myself not for everyone but they all told me I was good to go for it. So I thank them for that support.


Anthony, thanks so much for spending time with us.  Can you let us know where to follow you, and where we can go to purchase your book? 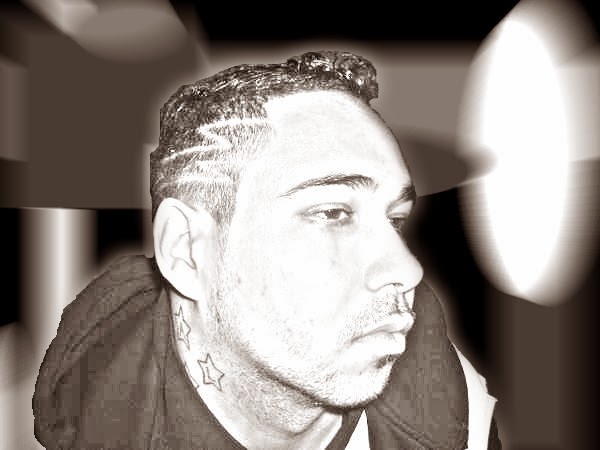 It's launch day for the newest book by Troy Lambert, and you're invited to participate!  This incredible book is being released by Tirgearr Publishing, just after it's recent Anniversary event, on the 4th of March.  As ever, Troy's kept everyone abreast of the writing of this book on Facebook, and even had a mini-competition to name it.  Troy is a stalwart supporter of other writers and is well worth following.

A strange accident on the freeway, accusations of murder, and an encounter in the Idaho wilderness all propel Todd Clarke into a new friendship with a dog named Sparky. But Sparky is no ordinary dog, and there is more going on than Clarke could have imagined. A military commander he investigated for Aryan activity and links to domestic terrorism is after him, and he’s not sure why until another chance encounter provides the answer. With Sparky and the help of his canine friends, will he be able to figure out the Colonel’s plan and stop him in time? All Clarke knows for sure is none of it would be possible without the help of his Stray Ally. Buy the book here, from the Tirgearr Publishing.

The skateboard collided with my windshield, and I braked with both feet, screeching forward. The body hit the glass next, spider-webbing it as the skater’s helmet-clad head struck the glass in the center of my vision. The rear view mirror separated from the window and hit the center of the seat with a thud as the car skidded to a stop.
Marsha is gonna be pissed, came the unbidden thought. We just replaced this windshield.
Where did he come from? Creedence still blared from the stereo speakers and I turned the ignition key to the rear. Silence descended, broken a moment later by distant sirens.
I lifted my hand and felt wetness on my forehead, cut by—something. Glass? Must have been.
I opened the door, dazed. Under the helmet, a young face offered a blank stare. Nothing but blackness in the eyes: no color. Not good.
“You okay, kid?” I felt stupid asking. Stupider for expecting a response. “What were you doing on the freeway?”
I heard distant voices. Looked up. Kids, on the overpass above. Did he fall?
They pointed. One slugged the other one. A scuffle brokeout and they ran. All of them.
The sirens came closer. Another car pulled up, tires squealing as it stopped, rocking on its springs.
“What happened? Is everyone okay?” the driver asked.
Struck dumb, I just pointed. The skateboard rested half on the roof, half on the shattered windshield. The skater lay below it, unmoving, his left foot against the hood ornament, the Mercedes star cocked sideways.
“Is he..?”
He didn’t finish, but rushed over, feeling for a pulse, checking for breath. All things I should have done, but couldn’t.
He shook his head, glanced over at me. “What was he doing here?”
I shrugged.
“Did you see him?”
Head wag, substituted for speech.
“Are you okay?”
Another head wag. I couldn’t articulate what was wrong.
“You’re bleeding.”
I managed a nod, and then my legs gave out. I dropped to the pavement and grimaced as my tailbone impacted the hard surface. I heard a whimper. It must have been me, because the other driver rushed over.
I stared ahead, seeing and not seeing the scene.
The sirens got closer, red and blue light illuminated Marsha’s car, the body, the skateboard, the chrome of her wheels, even making the brake lights appear to flash.


Help arrived, even though the boy was clearly beyond help. So was I, but no one knew it yet.

Troy works as a freelance writer, researcher, and editor. He writes historical site characterization reports for those performing remediation on former resource extraction sites, software instruction and help guides, and edits the research of others as well. His true passion is writing dark, psychological thrillers. His work includes Broken Bones, a collection of his short stories, Redemption the first in the Samuel Elijah Johnson Series, Temptation the sequel to Redemption, along with the horror Satanarium, co-authored with Poppet, a brilliant author from South Africa and published by Wild Wolf Publishing. His next novel, Stray Ally, will be published March 4th by Tirgearr Publishing. The final in the Samuel Elijah Johnson Series, Confession will be published May 1st. Troy lives with his wife of twelve years, two of his five children and two very talented dogs. He is a skier, cyclist, hiker, fisherman, hunter, and a terrible beginning golfer.

Best story of a dog (Stray Ally) that you rescued or that helped you through a hard time sent to author@troylambertwrites.com by March 29th wins a $25 Amazon gift card. Winner and story shared on my blog Monday, March 31st. Share your story today!
You can also enter our Rafflecopter below...
a Rafflecopter giveaway

Troy is appearing on multiple blogs in the next few days - head on over to The Finishing Fairies for tour central, information and more!

Promotion of Stray Ally Launch Tour is brought to you by:

Join us for other book blasts at The Finishing Fairies mailing list!
Posted by Aaron Speca at 3:00 AM No comments: