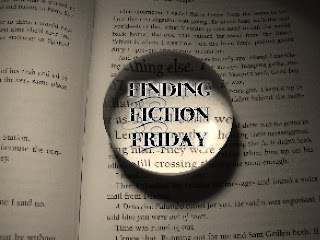 Today I am happy to introduce you to Dominica Malcolm, fiction author, screenplay writer, and traveler.  Dominica has just released her first novel, and I am thrilled to have a fellow pirate here on the blog!


Dominica Malcolm is a writer of speculative fiction and screenplays. She recently published her first novel, Adrift, and has a list of short stories that have been or are soon to be published. Though born and raised in Western Australia, her family mainly hails from the US, and she has been living in Malaysia since late 2008. When she's not writing, she enjoys stand-up comedy, filmmaking, and travelling around the world.

Talk to us a bit about your journey in writing.  What made you decide to write and eventually to try to publish?

I've written a range of things for a long time, from plays and stories in primary school, lyrics, poetry, and stand-up comedy in high school, and blogging about travel since my first solo trip abroad in 2004. After that first trip, I studied screenwriting when I took a Graduate Diploma in Media Production. When I moved to Malaysia, I rediscovered my interest in stand-up comedy, and started performing again, until I got pregnant with my second child and quit. Around that same time, I discovered an online writing competition called LJ Idol, which is where I started to more seriously think about what I could do as a writer. During my second season of that (season 7, 2010-11), I ended up finding an audience that seemed to be interested in a good portion of the writing I produced in the competition. It was that audience that inspired me to work toward publication. While I'm here, I may as well quickly plug the competition – I believe the final season of the game is due to start sometime in the next couple of months, so if anyone else thinks they might like to check it out, now might be their last chance!

I don't know if this will surprise people given the mention of my travel, but I'm a pretty big Disney fan, and as such I've been to all the Disney park locations – Anaheim, Orlando, Tokyo, Hong Kong, and Paris. There are only a couple of parks as part of those complexes I haven't actually been to (Tokyo DisneySea, due to lack of time, and California Adventure, because it didn't exist when I last went to Anaheim). Of course, once the park opens in Shanghai, I'm going to have to go there, too.

What is it like, the feeling when your first book is out there in the world?

A mixture of nervousness and pride. Nervous, because you never know how your writing is going to be received, and whether you'll attract the right audience (meaning, the people who actually like the type of story you've written, rather than the people who are prone to hate it). The moment I had the paperback in my hand, though, I think aside from pride, there was just this overwhelming sense of awe and disbelief, because it's a fat book... I'm not entirely sure how I wrote that much! 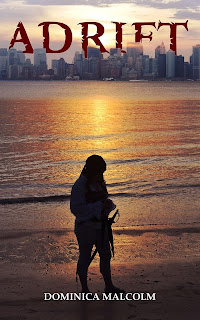 Your novel “Adrift” was released yesterday.   Talk to us about this book and the inspiration for it.  (Of course, I’m very interested in anything involving pirates!)

As I mentioned above, I was involved in LJ Idol at the time. Since it was a reality TV style game where contestants keep playing until they either drop out or are voted out, I had been in it for many weeks. During one week, “Cracks” came up as a prompt at around the same time a friend of mine suggested I write a pirate character for myself to play for a short film I wanted to shoot with him. “Cracks” led to me thinking about cracks in time, which would've been easier to film than an historical pirate story, so I wrote a screenplay about that for the competition. It was only meant to be a stand alone short film, but the audience response that I got was that people wanted more about the characters. I went on to write a sequel short screenplay and two prose short stories whilst in the competition, and a few more short stories involving my characters for other prompts after I was voted out. Once that season was over, as I had met my editor during the game and he encouraged me to keep working at the story, I turned it into a novel.

The mermaid mythology aspect of the story was inspired by my friend and fellow LJ Idol competitor Sally Bell. The last piece I had written in the competition was a crossover story I teamed up with her on. Her story was about a mermaid, who got a brief mention in mine. The following week, I had to edit the story, so when I turned it into a more stand-alone thing, the mermaid became my own, and became a lot more fleshed out.

Part of the story was also inspired by my going to Washington, DC, and dressing up as my pirate protagonist, Jaclyn Rousseau, on International Talk Like a Pirate Day (almost exactly 2 years ago to the day – it's why I chose to release the book on September 19th). Wandering around the National Air and Space Museum dressed as her really helped me get inside her head. Then, when I got home from that trip and learned about the Occupy Wall Street movement, I was also inspired to include that in the plot.

One of my characters? I'd have to say Jaclyn Rousseau, then. Since I occasionally dress up as her, people might actually have opportunities to do so!

I understand you also developed your own cover.  What was challenging about that experience?

Researching cover design. I went through two other broad cover designs before I settled on the picture I chose. I may have liked the other pictures I'd selected in the other designs, but they weren't really appropriate for the cover. I looked up a number of blog posts about cover design, and I'd go into book stores to see what was typical of books in my genre before deciding the original designs were wrong. Listening to feedback from others about the covers was a little challenging at times, too, but it also helped the finished product.

I have a few short stories about my mermaid from Adrift, Prudence, that need to be written. A couple of them have been published elsewhere already (or will be soon), but the plan is to put a collection of stories about her into a book.

Aside from that, I have a few other short speculative fiction stories in progress, and I'm putting together an anthology of speculative fiction set in the Asia-Pacific region. Submissions are still open for that over at solarwyrm.com. Then there's another novel that I've outlined, and only recently figured out how I would turn into an urban fantasy story that deals with some of the darker sides of depression.

I think I've been most surprised by how few of my friends actually seem to care what route I took to publish my book. I've spent a lot of time researching the differences between traditional and self-publishing and there always seems to be a lot of people critical of self-publishing, but overall I've been met with a lot of support.

I've also been pleasantly surprised to see people discover my book through Goodreads with little effort on my part. I thought that side of things was going to be a lot harder.

You definitely seem to have been many places.  What’s your favorite?

It's too hard for a traveler like me to pick just one place I like best, as there are so many I love for different reasons! The most recent of those that I've been to, though, is Melbourne, Australia. I've been to the city many times and, although I've never actually lived there, it always seems to manage to make me feel like I'm home.

I recently attended a “comedy bootcamp” where I met a bunch of comedians who live and perform in different parts of Asia, which in turn inspired me to get back on stage and perform stand-up comedy again for the first time in over 3.5 years. I also have a background in filmmaking, and am supposed to be editing a music video for Oil in the Alley (an improv rock group based in Honolulu) that I've been working on for over a year. It's taken a backseat while I've been working on Adrift, but hopefully I can take a break from promoting the book and finish the video soon. Of course, there's also usually some travel plans I have lined up. I'm behind on a couple of blog posts about my trips to Kerala, India, and Melbourne and New Zealand, but I'll already be off on my next trip (3 hours up the west Malaysian coast) when this interview goes up!

Dominica, thanks so much for spending time with us.  Can you let us know where to follow you, and where we can go to purchase your work?

Sure! Here you go:

One of the mermaid short stories I mentioned appears in this book:
Fae Fatales: A Fantasy Noir Anthology(paperback) 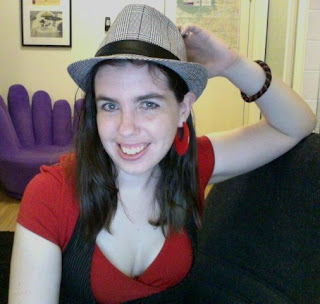