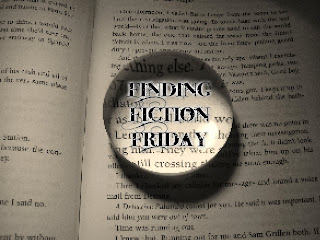 Today on Finding Fiction Friday, I am very pleased to welcome Stephen King!  Well, not that one, as he would be the first to tell you.  Stephen H. King is a writer and dean, and making a name for himself with his "Return of the Gods" series.  I hope you enjoy this visit!

A Mississippi native, TOSK (Stephen H. King) was moved in high school entirely against his will from the small town of Corinth to a city he ended up loving in southern California. A series of mostly unexplainable decisions led him through a strange sequence of events beginning at the United States Military Academy, where he double-majored in physics and electrical engineering, followed by a fairly short career as an Infantry officer and then an electronics technician, a product engineer, a carpenter's helper, and an elementary school janitor, before ending up on the faculty of a small college in Anchorage, Alaska.

During those years, he learned that reading science fiction and fantasy allowed him to escape the strangeness into the more understandable worlds crafted by Isaac Asimov, Piers Anthony, Marion Zimmer Bradley, and many other great writers. As time went on he began to mold his own worlds, and thus his novels were born.


Stephen now lives in Tennessee with his wife, daughter, and two white Chihuahuas that seem to enjoy morphing from therapuppies into miniature dragons at the sound of food being opened.

Stephen, please tell us about your journey in writing.  What made you decide to try to be published?

I’ve secretly enjoyed writing for a long time – since my composition course at West Point, I think, where I experienced my first real success at it.  I’ll never forget receiving that essay back, in fact.  We didn’t all have typewriters or computers back then, so everything was handwritten, and I looked down at the scribbled paper and was shocked by the A at the top.  “You – you – you thought it was good?” I remember asking, and I also remember the thrill I got when the professor nodded.

That said, I majored in engineering because, well, you know, I didn’t want to have to ask anybody if they wanted fries with their burger, and that’s what all the humanities majors have to look forward to, or so I’d been told.  Later it was a master’s degree in business, and then I started a Ph.D.  It was during the Ph.D. period that I realized that I was writing an awful lot anyway and figured I oughtta write something fun in my free time.

The dissertation experience isn’t quite as fundamentally frantic of a time as many think.  It’s more an extreme of the old “hurry up and wait” routine.  You rush out a chapter, send it to committee, and then wait for responses.  Once you receive those, after a wait that can be two weeks or more, you work as hard as you can to integrate those “suggestions” into your work as quickly as possible, and then send the results away for another waiting period.

My first two novels were written while waiting on committee. 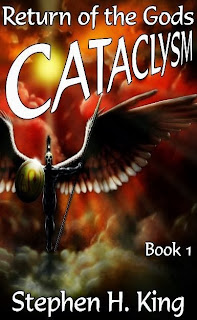 Do you remember what it was like, the feeling you had when you learned the first novel in your “Return of the Gods” series was out there in the world?

Absolutely.  It’s an incredible feeling.  I had the cover on my cell phone, and everybody at work started complaining after a while because I’d break off in the middle of college-related discussions and ask if they’d seen my new book cover yet.  It really is that exciting.  And, um, occupationally hazardous, if you’re not careful.

Tell us a bit about “Return of the Gods”.  What’s it about, and what inspired it?

The novel, and the series, is, like so many other writers’ first works, sort of a quasi-autobiography.  It’s fantasy, of course, but I kinda wrote myself, personality-wise, into the main male character and, similarly, my wife into the protagonist.  I’ll leave it as an exercise for the reader to determine if I wrote anybody into the role of antagonist.

The first book is about Crystal, a college dean’s wife who survives a cataclysm (hence the name of the novel) through the powers of her husband, who exposes himself at that time as the God of War.  While Crystal comes to deal with the lie she’s been living, her husband’s ex-wife, the Goddess of Love, steps in and wants her old hubby back. 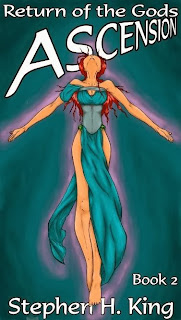 The remaining two books of the series, Ascension and Deception, take the story farther, introducing an entire pantheon of deities based loosely on the Greco-Roman model but also incorporating Norse and, in the third book, some of the Eastern gods.

My new series is the Dragon Queen saga.  In the first book a young girl reunites with her long-lost father and discovers that it is her destiny to be the queen of the elves.  It’s completed, and I’m deciding which publishing path to take with it while I write the second book, in which the future queen of the elves must undertake a dream quest in order to be completely accepted into elf society.

Gosh, that’s a tough one.  I think you really have to consider a character interesting and either very likeable, or very unlikeable, to write hundreds of thousands of words about their exploits.  In my first series, I think the God of War is probably the least interesting character, which was interesting to me because I started out considering him to be the protagonist.  His wife, Crystal, soon became the actual, obvious, protagonist, and she’s at the top of my list for people to meet.  Believe it or not, though, Aphrodite’s development over the series makes her a fascinating character as well. 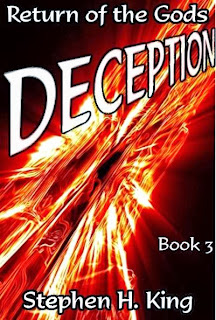 That said, my current protagonist, Alyssa, is really, really cool.  She’s half smartass, half Mississippi girl, and all sass.  It’s not really surprising that the daughter of the king of the elves would be feisty, but as I’ve written the words out, she’s developed a personality that has blossomed so much that it has surprised even me.  I can’t wait till those books come out so you can meet her.

That’s part of the problem; I have too many ideas bouncing around to even really describe in detail, much less to make into books.  I have a sci fi work that was my first failed NaNo project; I’ve fixed what is effectively the first quarter of the story, and now I need to finish it.  As are most sci fi books, it’s a bit of a love story featuring a girl, a guy, and a bug.  I’m also working on a more serious novel about life in the country, with bacon.

It didn’t solve my problems.  In fact, it made more.  When the publisher sent me the acceptance note, I rejoiced.  I started envisioning all of my student loans paid off and my family living in a great big home where I had my own room that could be entirely devoted to writing.  Little did I know that a major dispute over artwork would cause me to follow my own self-publishing path just a few months later.

You are also the dean of a university.  Do you still get to work with students much? How has that whole life experience been for you?

Every day, but I have to point out that for most college students, if the dean knows your name, you’re in trouble.  At the very small campuses where I worked in both Biloxi and Richmond, there wasn’t a lot of structure built up between the students and me, and so I worked with students frequently.  The bigger campus where I work now has more levels of education administration between us, so I spend more time there working with faculty, program directors, and associate deans.

That said, if it weren’t for the students, my job wouldn’t be nearly as awesome.

I worried that I was leaving teaching behind when I became a dean 8 years ago, but it’s turned out that I’m still a frequent teacher.  Now, though, I spend most of my time teaching faculty and other education administrators.

I have to ask, is it a good thing to share a name with that “other” Stephen King?

Absolutely!  And, absolutely not!  It’s mixed.  My name makes for an immediate talking point with people.  I always start my speeches to new students with “not the one who writes those books.”  They chuckle, the ice is broken, and I can then go on with telling them that they need to keep their butts in class.  Some jokes get kind of old, but to be honest, it’s good to have a way to initiate a smile at the beginning of every meeting.

I don’t know if it’s helped my books, though, and I’m okay with that.  Initially I introduced myself to the writing world under a pseudonym, but a few agents said, “Meh, why don’t you just use your name?”  It was easier that way, not having to re-create an identity with all my friends who already knew me as Stephen.  I used my middle initial, thinking that any of that “other” Stephen King’s fans would know his middle initial is E while mine is H.  Then I got a couple of reviews – 3 stars out of 5 – that said, in effect, “it’s a good book but he’s not Stephen King.”  Apparently, then, I was wrong in that thinking.

I tried going by my acronym: TOSK (The Other Stephen King).  But once again, nobody knew me as that; everybody who knew me, knew me as Stephen H. King.  So I shrugged, redid all my covers, and went back to just using my name.


Stephen, thanks so much for spending time with us.  Can you let us know where to follow you, and where we can go to purchase your work?

Absolutely!  My author web site is located at http://www.theotherstephenking.com/, and on it you can always find news, links to my works, a link to my blog (http://theotherstephenkingonwriting.blogspot.com), and also my daughter’s beautiful artwork, some of which graces a few covers of mine.

On Facebook, you can find me at http://www.facebook.com/AuthorStephenHKing, and my Twitter account is @skingcharter.  Not that, um, I Tweet very much; I really don’t.  I used to be in an author’s collective where we all Tweeted each other’s stuff several times a week, and I found that pretty annoying. 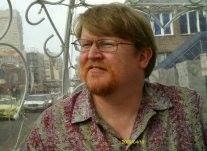